Use the 5-minute technique to overcome procrastination

Almost every leader I know is guilty of procrastination, guilty of putting off things till later, usually until it becomes a crisis. And even knowing that the eventual outcome will be a frenzied manic effort to get things done at the last minute, most people procrastinate anyway. So why do people put off the inevitable? Usually because of one or more of three reasons – they don’t like doing it, they see it as too big and overwhelming, and they don’t know how to do it. Here’s one thing that you can do to overcome dragging your feet. 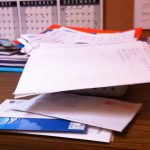 I call it “the 5-minute technique” and it works really well for things that I don’t like doing; usually for me, that means routine tasks. So for example, I dislike routine filing and I am apt to put it off for as long as I possibly can, usually until the “to be filed” basket is overflowing. The 5-minute technique is exactly what it sounds like. I set a timer for five minutes, and for that period of time I do nothing but file. Once the timer goes off I have the option of resetting it for another five minutes, or just patting myself on the back and moving on to something else. But because it’s just five minutes, I do it – I figure I can tackle anything if it’s just five minutes, even the stuff I don’t like. And often, I find that the first five minutes builds momentum for another five. So it gets done!

I’ve got a couple more ideas that I have used very successfully to get things off my to-do list, and I’ll share them with you in next week’s blog posts. But for now, what about you? How do you overcome procrastination? Share your approaches please.