A little healthy competition can be good thing! 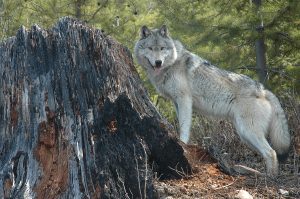 Healthy competition can be a positive factor in the workplace.  Let me tell you a story about elks and wolves to make my point.

In the latter half of the 20th century, elk populations in the United States’ Yellowstone National Park ballooned out of control. You see, back in the 1930’s, the wolf population in the Park was completely eradicated due to over-hunting and other reasons. The absence of wolves was a boon to the elk because despite other minor predators such as bears, cougars and coyotes, the elk flourished and proliferated rapidly. But their success upset the natural ecological balance in the park.  And that took its toll on other plant and animal species.

In 2001, in an attempt to return the ecosystem to a natural balance, Park ecologists reintroduced the grey wolf. And their efforts were successful, and in more ways than they had expected! As anticipated, the wolves thrived and as their population climbed to normal levels, that of the elk lessened. But interestingly, even though total numbers of elk went down, the overall health and well-being of the remaining elk improved. While that may seem counter-intuitive at first glance, it actually makes sense – the weak and unhealthy elk were the first to be killed off leaving on the strong and fit to continue, and the survivors had less competition for food and other resources. In other words, the presence of a natural stressor improved the overall quality of the population.

What could this mean in the workplace?

Think about it for a moment – many of us thrive on healthy competition. Whether it’s between individuals or between teams, a competitive spirit (as long as it doesn’t cross into destructive behaviour) can be highly motivating. Plus, when a team faces a natural stressor (such as a deadline or a company target), they often join forces and work together towards the common goal. Just as introducing wolves into the Park created stronger better elk, I think that natural stressors, specifically healthy competition, in the workplace can create stronger better employees.

What do you think? Do you agree with me, or is healthy competition in the workplace destructive? I would love to hear your comments. Please join the conversation below.