Earlier this week I blogged about the “big is better” mindset that tends to pervade businesses in the United States and Canada, and which can lead to misunderstanding and miscommunications between cultures. This same “big is better” mindset also leads to another cross-cultural difference – the perception that compared to other world cultures, there is less of an active process in our part of the world to conserve and recycle. Before my environmentally conscious readers jump all over me, think about this very common example – the use of small kitchen appliances such as toasters, microwaves and hand blenders. 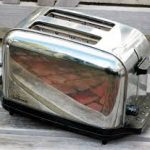 In the vast majority of countries, when such appliances break, they are repaired, in some cases, over and over again. However, in the U.S. and Canada it’s far cheaper to buy new ones than to try and fix the old ones. One reason is simply that people have more disposable income in this part of the world. But the second relates to our geographical size. In Canada and the U.S. there is, relatively speaking, an abundance of natural resources and thus a general perception that there’s plenty to go around. Ergo, there is no need to repair, just buy a new one.

But this is very puzzling to new entrants to Canada and the United States. I have personally come across several instances where newcomers are astonished and astounded that such items are discarded rather than mended and restored. This different approach to reuse and recycle can lead to bafflement at best, and misunderstandings at worst. Worth keeping in mind as you seek to improve communication within your multi-cultural workplace!

So do you agree? Have you come across these kinds of situations? Curious to know about your experiences.