Are you falling victim to the Dunning-Kruger effect? 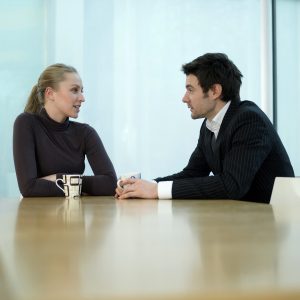 Have you ever been in a conversation with a co-worker or a manager where it is obvious that he knows absolutely nothing about the subject at hand, and yet has plenty to say?  Not only is everything he says clearly wrong, but he is adamant about his point of view and cannot be convinced otherwise?

If you answered yes to this question, you have observed the Dunning-Kruger effect in action.  The Dunning–Kruger effect is a cognitive bias in which people with low abilities tend to overestimate their ability.  They think they have skills at the level at which they really don’t.

Now if you think about it, it’s not really their fault.  If you lack knowledge or expertise in a certain subject area, then it is very difficult to assess how much you actually don’t know.  When you make factual mistakes and judgement errors because you lack competency (which others can see), because you don’t know enough to know that you are making errors, you also can’t identify them as mistakes.  So you think you are right.  See the inherent paradox?  In the workplace, that means that employees who know the least often think that they know the most – causing them to make errors in judgement.

Managers can fall prey to the Dunning-Kruger effect too

So how can you avoid falling into the Dunning-Kruger cognitive bias trap?  Here are two ideas, both of which require active deliberate effort on your part.

As always, I’d love to hear what you think.  Have you seen the Dunning-Kruger effect in action?  What do you do to avoid this sort of cognitive bias?  Please share by commenting below.