The “big is better” mindset can lead to cross-cultural differences 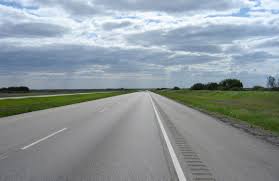 About a month ago I wrote a couple of blog posts about how cross-cultural differences in the workplace can create communication difficulties. My comments back then were about variations in workplace formality and contradictory attitudes about competition. Given that there was a flurry of interest in this subject, I thought that this week I’d raise the topic again by covering two aspects of another factor that can also cause cross-cultural miscommunication. I call this the “big is better” mindset. It is particularly applicable in Canada and the United States, where our large land mass sets us apart from most other countries in the world. One thing that first-time visitors from countries in Europe and Asia often notice right away about Canada and the U.S. is the general belief that “big is better”. Lots of space, long open highways, big cars, huge box stores, large parking lots, giant companies. One colleague visiting from France commented to me recently – “My hotel room is three times the size of the ones that I see in cities in Europe. Even the food portion sizes at restaurants are larger than I have seen anywhere else!”

Generally speaking, there is a tendency in our part of the world to make things bigger (because bigger is better). And in the business world, this can contribute to a generally higher tolerance for risk than other world economies. Because there are so many large companies in the U.S. (and to some degree in Canada), they have the financial ability to take more risks that smaller ones, especially when you compare them to other world economies. This difference in business mindset can lead to difficulties when trying to make joint business decisions. Americans say things like “Go big or go home”; the Japanese have a proverb “With many little strokes a large tree is felled” which translates to big change will be achieved gradually by small steps, a little at a time. If you don’t understand this fundamental difference in approaching business decisions, you can get into trouble!

Later this week I’m going to talk about another aspect of this “big is better” attitude that can create misunderstandings between different cultures. But for now I’m interested in your experiences with risk-taking. Have you observed or been involved in situations where differing risk tolerance between different world cultures gave rise to miscommunication? Please share.