The bottom-line impact of poor writing 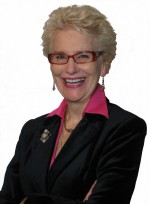 I’ve said it before – People judge you based on your writing skills. Turns out it isn’t just your character that is at stake, it’s also the bottom line profitability of your organization! Today I am fortunate to have my colleague Helen Wilkie guesting on the blog, writing about the connection between poor writing skills and lost profitability. Helen is a speaker and author of six books about communication at work, and I’m delighted that she’s agreed to share some of her insights with us today on the blog.

Employees’ writing skills — or the lack of them — affect the bottom line in ways you may never have considered. Here are just a few.

Mangled syntax and incorrect punctuation can cause expensive confusion, inconvenience or even danger. Here are just a few examples.

Writing is often mistakenly considered a “soft skill”, but when done badly it can cost your organization cold, hard cash.

So what has been your experience? Have you ever sent out a poorly-worded missive that has come back to bite you? Or have you been on the receiving end of poor written communication? Please share your anecdotes, good or bad.

Helen Wilkie is a professional keynote speaker, workshop leader and author of six books on communication at work. Find out more about Helen and her work at her website: www.mhwcom.com.