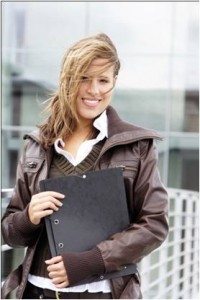 Earlier this week I started a short series of blog posts on the most common first time leader mistakes by addressing this one – thinking you can control your staff. Today I have a second – assuming that the title (manager, supervisor, team leader, etc.) automatically means respect.  It doesn’t.

Just because you have the title of supervisor, manager, team leader, director, or even vice president, it does not inevitably mean that your employees will respect you. Respect is earned, and usually over time. In fact, I’ve always said that one of the fundamental characteristics of a true leader is that the title doesn’t matter. Some of the most successful and effective leaders have no special title of manager or supervisor, often they are peers or colleagues of the people they lead. But new leaders often assume that when they take over the leadership role and get the associated title, they are now automatically the boss. But it simply doesn’t work that way. People follow a leader because they respect him or her, and that kind of esteem is earned. It is merited based on the relationships you build and maintain, the actions you take, and your consistency in thought and behaviour. If you make the assumption that your title brings respect, you will set yourself up for failure. Remember, all your title does is put you at the starting line of the journey to build respect.

Well, do you agree? Have you had experiences that suggest otherwise? Please share by adding your Comment below.