Competitiveness is a barrier to creativity and innovation 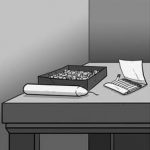 In his now-classic 1945 candle experiment, psychologist Karl Duncker posed the following problem – how to affix a lit candle to a cork board using only a box of thumbtacks and a book of matches. Some tried to attach the candle directly to the wall using the tacks; others attempted to glue it to the cork board using melted candle wax; but neither approach yielded results. Very few of the participants thought to empty the box of thumbtacks, use the tacks to pin the box (with the candle in it) to the cork board, and then light the candle with the match. The cognitive bias that limits a person to using an object only in the way it is traditionally used is called functional fixedness, and is a known barrier to creativity.

Even more interesting than Duncker’s original 1945 experiment was the follow-up research conducted by Sam Glucksberg in 1962. This time, Glucksberg divided his participants into two groups, one to whom he offered a monetary incentive – the faster they solved the candle problem, the more money they made in amounts ranging from $5 to $20 – and the second to whom he didn’t. He called the first group “high-drive” and the second group “low-drive”. Conventional wisdom would tell us that incentives should improve performance, but Glucksberg found just the opposite. The low-drive group accomplished the task 3½ minutes faster than the high-drive group! Because the situation was a competition for limited resources, the high-drive participants became so focused on the task that they were unable to broaden their viewpoint to get past the functional fixedness bias.

So what are the workplace implications of this bias? Well, if you are seeking creativity and innovation from your people, it is not a good idea to create a competitive environment; it’s far better to create an atmosphere of collaboration and teamwork.

Can you recall situations from your experiences where your creativity was impeded because of competition or rivalry? Please share.