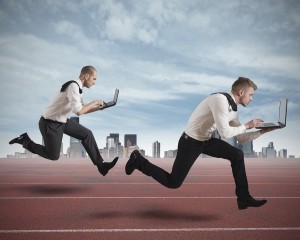 In Canada, the United States, and many northern European countries, there is a generally accepted understanding that competition is a good thing. In fact, in Canada and the U.S., business is often referred to as a game, and sport analogies are often used. The overriding belief is that competition is a good thing, because by raising the stakes of the game, it causes all participants to excel in their performance. And continuing with the analogy, the best performer is entitled to the sweet rewards of victory. But many eastern cultures view this “winning is everything” perspective as negative as it leads to the erroneous (from their point of view) assumption that cash is the universal motivator and the language of business. In fact, this perspective is in direct contrast to these other business cultures where winning is measured in more rounded ways such as social inclusion and access to exclusive information.

So what do you think? Have you come across situations where contradictory attitudes about competition have led to cross-cultural communication mishaps? Please share your experiences.