Customer loyalty – easy to lose, but just as easy to keep

Just a few months ago, I blogged about a specific situation I experienced where a few ill-chosen words by a bank manager were able to destroy long-term customer loyalty in a matter of minutes.  Well, I’m sad to report that it’s happened again, another situation this time, but ironically still involving a(nother) bank. 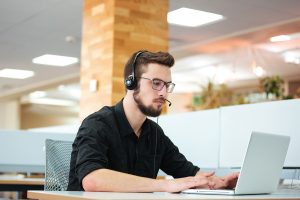 One Friday afternoon in February, I was catching up on my banking and processed four transactions within three hours of each other.  Two were deposits into an account and two were transfers out of the same account.  What is key here is that all were intra-bank transactions, moving funds from one Royal Bank account to another.

Fast forward to last week when I was reconciling my bank statement and realized that I had been charged an account overdraft fee of $4.09.  Puzzled, I called customer service to find out what happened.  Turns out that while the two transfers out of that one account had been processed before 6 pm, the first deposit into the account had been posted at 6:01 pm and the second about 30 minutes later.  Apparently the rule is that transactions posted after 6 pm are recorded on the next business day, in this case on the following Monday.  So, in the system, the withdrawals were logged on Friday and the deposits were logged on the following Monday, three days later.  Ergo, the overdraft fee.

Customer loyalty is easy to lose …

While the overdraft fee was logically accurate because of the computer algorithm, it clearly didn’t make common sense, at least from a customer service perspective.  It was a simple timing error, and one that had zero impact to Royal Bank as all funds had been moved between Royal Bank accounts.  So I fully expected the phone agent to willingly acquiesce to my request to have the amount waived.  Imagine my surprise when he “put me on hold to talk to a supervisor”.

He returned to the phone.  “We don’t normally waive overdraft fees,” he sternly lectured.  “I’ve made an exception this one time, but it won’t be done again.  I’ve made a note on your account that we have made a one-time exception.  Our rules are very clear.  Even if the transaction occurs one minute after the cut-off time creating an overdraft situation, then the account is considered to be in arrears.  This was your error and interest will apply.”  His final incongruous statement was “How else may I help you?”

So here’s what the phone agent really said to me: “I’m going to help you to fix this issue, but first I’m going to make you feel really bad about it.”

But customer loyalty is also easy to keep …

I’ve asked this question before, but it bears repeating: if your final outcome is that you’re going to do the right thing anyway, then why not create goodwill, why not make me feel good about the interaction?  The amount in question here was $4.09, certainly nothing material, not to me, and certainly not to a behemoth bank like the Royal Bank.  But it was the interaction that really mattered … and it wasn’t a positive one.  Well, it was at least negative enough that I felt the need to blog about it.  Bottom line: what a missed opportunity to create a memorable customer experience!!

Customer loyalty is easy to lose; ironically, it’s just as easy to keep … but only if employees have the presence of mind to see the big picture.  This employee didn’t.  Let’s think about this from a more global perspective.  I’ve banked at the Royal Bank for over 37 years.  I have personal accounts, business accounts, and financial investments.  No matter how you calculate my lifetime value as a customer, it has to be well into the six-figures, perhaps even seven.  No matter the exact number though, by any definition, I would certainly be considered a loyal customer.  But the phone agent didn’t get it.  I don’t necessarily blame him though, as a customer loyalty culture has to come from the top.  Which begs the question: what is the Royal Bank doing to train its phone agents appropriately?

So … is this a case of missing the big picture, not seeing the forest for the trees?  Did the Royal Bank miss out on a chance to further build and solidify customer loyalty, or am I just being too sensitive?  I would love to hear what you think.  Please share your perspectives by commenting below.