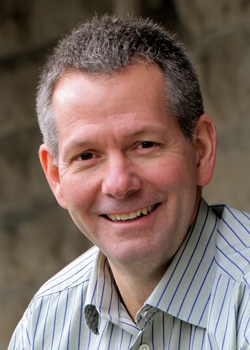 I’ve often addressed how leaders should deal with specific dysfunctional workplace behaviours (including my suggestions in this article in CPA Magazine).  Today though, my professional colleague and friend Stephen Hammond comes at this very important subject from a much more global perspective.  The focus of Stephen’s professional practice is helping leaders improve workplace behaviour, and he’s also the author of a new book The New Norm: a manager’s guide to improving workplace behaviour…and keeping out of legal hot water.  I am thrilled that he agreed to write a guest post for the Turning Managers Into Leaders blog.

Why does anyone put up with inappropriate workplace behaviours, some of which can be described as harassment, bullying and discrimination?  After all, we’ve had decades of policies and education to address these very issues…yet problems persist in so many workplaces.

It seems we need to ask some very important questions: Why can one person poison an entire workplace? Why can a bully be promoted into a managerial role where she can wreak havoc on even more employees? Why does a bullying boss get a promotion, thereby indicating that the organization rewards bad behaviour? And why can people blow the whistle on bad behaviour and yet they end up with discipline, or worse, they get fired?

The reason is that in many workplaces, we haven’t created the “new norm.” The New Norm should make clear that weird, inappropriate, rude and illegal behaviour is so bizarre, that no one would put up with it. No one. With the New Norm, when someone starts with inappropriate sexual innuendoes, one glaring look will put an end to those comments for good. When a supervisor yells at an employee who makes a mistake, the New Norm will help other employees speak up with comments such as, “We don’t correct people that way. Please show some respect.”  When someone gossips behind the back of a colleague, the New Norm will help every person in the room put up one hand like a stop signal and say, “Not interested, thanks.” When someone comes up with a nickname no one would ever want to hear, the New Norm will assist the rest of the team to say, “Not in this place,” and that name will never cross anyone’s lips again (not even under one’s breath).

To get to the New Norm, we have to move past the Old Norm, where people got away with inappropriate behaviour and others were afraid to speak up, or they just didn’t bother because they knew from past experience that nothing would change.  That will be done one employee, one supervisor, one team and one workplace at a time. And it will be done with simple education that puts everyone at work on the same page. How you get to your New Norm is up to you. After all, it’s not hard to find the resources…it’s clearly much harder to take the appropriate action.

Well, what is “the norm” in your workplace – old or new?  What gets in the way of moving to the “new norm”?  Please add your comments below.

You can reach Stephen (and order his new book) through his website www.StephenHammond.ca.  And if you’re skeptical, just check out the amazing things people say about it!