Dealing with adversity – the buffalo way!

Last year, I blogged repeatedly about resilience – our ability to overcome obstacles and deal with adversity.  In fact, I produced an entire series on tips and strategies to help leaders build resilience in their employees.  As some of you readers know, I have faced unexpected and significant adversity in my personal life in the last five months.  Which is why what I am about to describe made me sit up and pay attention.

The American bison (or buffalo) … 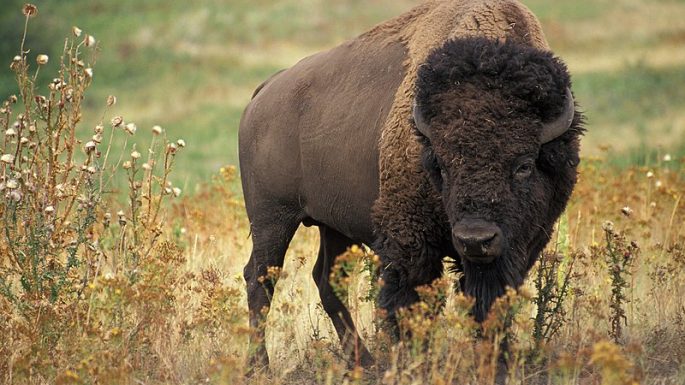 Last month, I had the opportunity to converse with an indigenous elder in Alberta, Canada.  He spoke about the American bison, more colloquially referred to as the American buffalo, or just buffalo.  If you’ve never seen an American bison before, they are ungainly-looking animals.  Their thick shaggy coats and massive musculature are concentrated on the front half of their bodies, leaving the back half looking scrawny and awkward.  Their front-heavy profile is further exaggerated by a huge hump and lethal horns.  Viewed from the front, they are formidable animals.  But from behind them, you might be deceived as to their size and strength.

The elder asked if I knew why the bison’s body was the way it was.  When I replied “no” with a shake of my head, he continued.  “It’s because the buffalo are built to survive winter storms.  When there is a storm, the buffalo meets it head-on,” he said.  “It faces the storm, and it walks through it.  Because it knows and trusts that it will come out the other side.  Perhaps a little worse for wear, but come through it, it does.”

… Is a great metaphor for dealing with adversity

This thought resonated with me so much, that since then, I have taken it as an internal refrain.  Some of you know that I have faced significant challenges in the last five months on the personal front.  So much so that it has shaken me to the core.  This metaphor of the buffalo has helped.  I now see myself as the buffalo, no longer trying to avoid the storm, but choosing instead to face it head-on, and make my way through it.  I am trying my best to trust that I will come out on the other side, perhaps a little worn down and weary, but still in one piece.  My journey is still ongoing, so time will pronounce the final verdict.

I share this metaphor of the buffalo with all of you because as I travel this path, it has occurred to me repeatedly that there is a lesson here for leaders as well.  A lesson about strength, tenacity, dealing with adversity, trust, and probably some other stuff.  I haven’t formulated it completely myself, but I’d love to know what you think.  Does this metaphor resonate with you as well?  How?  Can we use this in our leadership journeys?  Please share by adding your comment below.