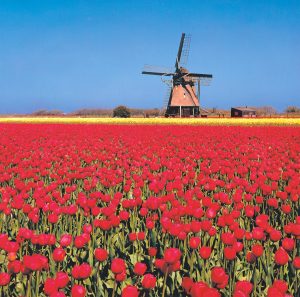 Several years ago, I spoke at a conference in Amsterdam, Holland to European and Middle Eastern employees of a client organization.  A senior executive opened the meeting on the first morning by welcoming all the participants to the Netherlands.  During his speech, he reminded employees about what the Dutch are famous for – tulips, cheese, canals, windmills, wooden clogs, the polder model …   Wait!  The polder model?  I was certainly aware of the rest, but I’d never heard of the polder model before.  He obligingly explained.   The polder model is a process of decision-making by consensus.  And it’s something the Dutch are widely-recognized for around the world.

What is the polder model?

The polder model has its origins in the unique polder geography of the Netherlands – land reclaimed from the sea.  Polders require constant pumping and maintenance of the surrounding dikes.  These dikes were first constructed in the Middle Ages.  And ever since then, different communities living on a single polder have had to learn how to cooperate and get along.  Because without unanimous agreement and shared responsibility for the maintenance of the dikes and pumping stations, the polders would flood and everyone would suffer.  Interestingly, throughout history, even when different towns on the same polder were at war with one another, they still had to cooperate in this one respect.  The existence of the polders is credited with creating a Dutch culture where people had to learn to set aside differences for a greater purpose.

The polder model in action

The most well-known example: the Dutch economic recovery of the late 1990’s.  Starting in the early eighties, employers, government and unions jointly agreed to a comprehensive plan – shorter work days and less pay for more employment overall – to revitalize the ailing economy.  It worked; and it is this polder model that is widely acknowledged as being a significant factor in Holland’s economic recovery of the late 1990’s.  The term is now used much more widely, in situations beyond just economics.  The easiest way to describe it is “cooperation despite differences.”  Nevertheless, despite its apparent success, there are critics of the polder model.  Those who disparage it complain that because all parties have to be heard, the process is slow and protracted, and it makes timely decision-making very difficult.

What do you think about the polder model in your role as a leader?  Would the polder model decision-making approach create a better team environment, or would it put the brakes on progress? Do you think you could get your team members to think about acting for a greater purpose, even if it was not necessarily in their individual self-interests?   I of course have an opinion, but I’m curious about yours.

I routinely blog about problem solving and decision-making skills for leaders.  Here are some of my more recent posts on this subject: