Defensiveness in employees – who is really at fault? 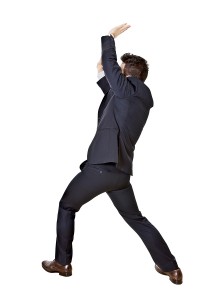 Last week I received an unexpected phone call from a speaking colleague that made me think about defensiveness in employees in a whole new light.

This colleague called because she wanted to offer me “feedback” about an email I’d sent her in which I was soliciting support for a charitable cause launched by our professional association (of which we are both members). In case you’re wondering 🙂 her “feedback” wasn’t positive – she felt my writing was aggressive and was upset that I had contacted her on this subject. Ironically, I had sent an almost identical email to several other colleagues (also members of the association), and had already received responses from at least three of them complimenting me on a well-written missive and thanking me for reaching out to them. So needless to say, I was nonplussed by her reaction. Now I’m not averse to receiving feedback, negative or positive, particularly given that it’s something I encourage my clients to be willing and open to do. So I listened and asked a few questions to clarify. Near the end of our conversation, I offered up what I intended to be additional data points – namely that at least three people had appreciated receiving my email and had in fact complimented me on my writing. It was her instant response that gave me pause for thought (and also gave rise to the subject of today’s blog post) – “You don’t need to get defensive”, she said.

Now here’s the thing – I truly wasn’t being defensive; I just wanted to give her information that I thought would present a different perspective and perhaps temper her point of view. But her immediate reaction was to discount what I had to say, probably because it didn’t fit her reality, which was probably shaped by her past experiences. Which got me thinking about how this might play out in workplace relationships.

I have, on numerous times in the past, offered up ideas on the blog about how to communicate without making people defensive. Use “I” language to reduce defensiveness and Deal with defensiveness in negative people are just a couple. But last week’s scenario got me considering this issue from a completely different point of view. Are we guilty, as leaders, of accusing our employees of being defensive when all they might be doing is attempting to respond to our comments or trying to offer an alternative perspective? Are we too quick to reproach others for being defensive and thus discount additional information? I don’t have the answer to this question yet, but this situation definitely got me thinking! So … I’d love to hear what you think. Please add a Comment below.