If you discourage honest and open communication, you may get a Potemkin village!

As leaders, it is critical that we foster an environment that encourages and supports honest and open communication between team members.  And creating the right workplace atmosphere that encourages these types of behaviours starts with us.  I’ve blogged previously about how sometimes leaders send mixed messages, the cavernous disconnect between what you say and what you do, which quite frankly confuses our people.  But continued mixed messages can also result in Potemkin villages. 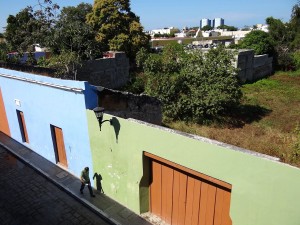 A Potemkin village is a term commonly used in economics and politics to describe a literal or figurative construction that is created solely to deceive others into thinking that a situation is better than it really is.  The term comes from the tale of fake portable villages that were built only to impress Empress Catherine II and her entourage during her journey to Crimea in 1787.  The story is that after the Russian annexation of Crimea from the Ottoman Empire in 1783, Grigory Potemkin was appointed governor of the region with a goal to rebuild the devastated area and bring in Russian settlers, something he was not able to achieve.  But in 1787, as a new war was about to break out between Russia and the Ottoman Empire, Catherine II made a trip to the area with several of Russia’s allies.  Since it was crucial to impress the allies, Potemkin set up “mobile villages fronts” on the banks of the Dnieper River. As soon as the barge carrying the Empress and ambassadors arrived, Potemkin’s men, dressed as peasants, populated the village. Once the barge left, the village was disassembled, then rebuilt downstream overnight.

So when you say to your employee “Don’t be afraid to tell me when something goes wrong”, but then you have a minor meltdown when an employee takes you at your word, you send a mixed message.  When you tell a co-worker “I’m open to feedback” but then get silent and morose for the rest of the day when she offers you some advice, you send a mixed message.  And when you send enough mixed messages, and you’re in a position of authority, you create an environment that’s ripe for Potemkin villages.  To avoid conflict, staff will likely say nothing at all, or if pressed to speak, will seek to sugar-coat the reality.  In other words, they’ll construct a Potemkin village in order to imply that the situation is better than it really is.  Which does not serve you well in your role as a leader.  And it’s also why you need to create a workplace environment that not only encourages and supports honest and open communication but makes it safe for your employees to speak up when they need to.

So, I ask you to take a moment for honest self-reflection.  Are you (unintentionally) creating an environment that deters open communication and thus encourages Potemkin villages?  What could we do as leaders to avoid this?  Please share by commenting below.