A few weeks ago, I blogged about a fairly common workplace practice, particularly in large organizations, of requiring that employees provide a death certificate or a funeral notice in order to take a few days of (paid) bereavement leave. In a nutshell, I believe that this is An archaic practice that destroys trust in the workplace. Well, it prompted a call from a reader, a well-respected manager in a client organization, who wanted to share his personal experience with me. While his incident isn’t exactly the same situation that I outlined in my previous blog post, it is related enough that I thought it was worth writing about today. Unfortunately, this is a prime (sad) example of how to create employee disengagement. 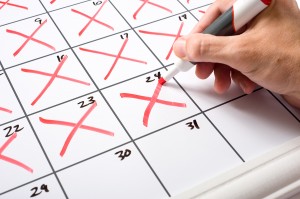 Several months ago, his mother passed away. Given her age, it was not entirely unexpected, but he and his family were grief-stricken nevertheless. Due to significant work commitments (he was managing a major project implementation), he was able to take only four days off to put his mother to rest, and then he came right back to work. But he felt that he had not fully supported his family through this difficult life transition, so several months later, once the project was winding down, he sought to repair this deficit. He tried to negotiate some substantial time off from the company so that he could spend some time reflecting and grieving his loss with others in his family. Much to his dismay, the company wouldn’t oblige. So he felt that he had no choice but to resign. And he did. An experienced leader with 15+ years of knowledge and skill walked away from his employer because it could or would not offer him the flexibility he needed to manage his life outside work!

So I suspect you already know what I think. But for the record … I think that senior management in this organization missed the mark; they made a serious mistake; they created the ideal environment for employee disengagement! They let prime talent walk out the door because they were unwilling to be flexible. If you are going to attract and retain top talent in today’s workplaces, if you are going to create engaged employees, then you have to be willing to exercise flexibility in employment policies and practices.

That’s my opinion. But as always, I am open to your perspectives. What do you think? Did this organization make a mistake, or are they better off without a “high-maintenance” employee like this manager? Add your Comments below.