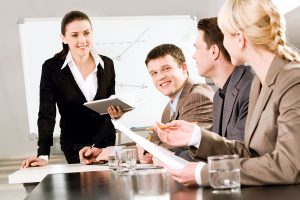 In my practice, I am routinely asked by leaders in organizations for the definitive factors that lead to team effectiveness.  After all, leaders in every organization want to know what it takes to create high-performing work groups that not only exceed objectives but also play well in the sandbox together.  Well Google wanted to know the answer to this question as well, so in 2012 it embarked on an ambitious two-year project to codify the secrets of team effectiveness.  Code-named Project Aristotle, this sizeable initiative, in true data-crunching Google style, set out to study and analyze over 180 of Google’s internal teams to figure out why some stumbled while others soared.

Julia Rozovsky is an analyst in Google People Operations, and here is what she had to say about Project Aristotle.

Turns out who is on a team matters far less than how the team members interact, structure their work, and view their contributions.  Sure, as you might expect, dynamics such as team-member dependability, structure and clarity in goals and roles, and doing work that people find meaningful and important play a huge part in team effectiveness.  But Google’s data indicated that psychological safety, more than anything else, was critical to making a team work.

What is psychological safety?

So in other words, it’s an environment where people know they can freely speak up without being judged, and trust they will be valued and listened to.  It’s all about respecting others on the team, and in fact, there were two specific qualities stood out among the research.

First, on the good teams, members spoke in roughly the same proportion, a phenomenon the researchers referred to as “equality in distribution of conversational turn-taking.”  Or as I say to leaders – “Everyone has an opportunity to be heard and to contribute.”

Second, the good teams all had high “average social sensitivity” — a fancy way of saying they were skilled at intuiting how others felt based on their tone of voice, their expressions and other nonverbal cues.  In other words, team members have the emotional intelligence to recognize when another team member is not fully on board.

So what can you do to foster team effectiveness?

So what is it again that leads to team effectiveness?  Apparently it’s to show your people that their input is valued, and to ensure that you create a positive respectful working environment.  Earth-shattering, huh?  But the million dollar question is: are you doing it?

So here are three specific ideas that you can use with your team over the next few weeks to create psychological safety in your team.

So this is what Google learned in its quest to build the perfect team.  And it makes a lot of sense to me!  But I’d love to hear your perspectives.  Do you agree?  Disagree?  What you have observed in your workplace?  What is your advice?  Please share.