How to rub out innovation and creativity 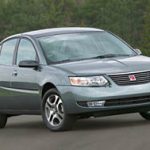 I read a very interesting article in Forbes Magazine a couple of weeks ago about why Saturn, a GM company that had great promise in the early 1990’s, ultimately failed in this decade because senior GM leaders couldn’t see the benefits of new ways of doing things nor the value of a new kind of organizational culture.  Just in case you didn’t know, Saturn, the 1990’s success story, stopped production in October last year, and is expected to completely shut down before 2010 is over.  The Forbes’ article is authored by David Hanna, a HR consultant who worked with Saturn’s leadership team in the mid-1990’s and thus can offer some first-hand insights.  The overall message lies in the article’s sub-title: a lesson at how to win at innovation in even the most traditional company – and then how to crush that innovation.  If you want to read the complete article, you can access it here, but in a nutshell, here are the key points I took away from it.

Wow!  What a case study for success … and failure!  Clearly, it IS possible to create a different kind of company and a world-class product.  Saturn proved it.  But unfortunately, Saturn also went on to demonstrate that it is possible to squelch and destroy innovation and accomplishment.

What’s happening in your organization right now that is innovative and creative and deserves to be encouraged? And perhaps more importantly, who’s doing what to stifle and kill it?