Are you (inadvertently) taking actions that set people up to fail? 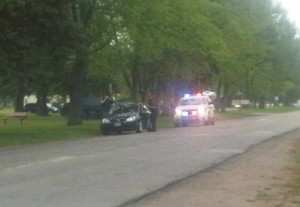 So I got pulled by a police officer the other day; and got a first-hand experience of what it takes to set people up to fail.  Turns out my vehicle registration had expired on April 30, and apparently I have been driving with expired plates for over six weeks.  Twenty minutes and a $310 fine later, I made my way to the vehicle registration office to renew the offending document.  Now you might ask why I was driving with an expired certificate (the officer did).  My answer – I didn’t know that it had expired!  You see, for the last more than 30 years, I have always received a notice in the mail a few weeks before the registration was due to expire, which was my reminder to make a visit to the renewals office.  This year though, there has been a change in procedures in the province of Alberta.  The applicable government agency made a decision in March of this year that effective April 1, they would no longer send out renewal notices via mail, a move designed to save the province (and taxpayers) roughly $3 million per year.  Instead, drivers are expected to go online and sign up for email notifications.  Hey, I’m all for saving money, but wouldn’t it have been more intelligent to send out one last notice in the mail advising people that the province was switching to email notifications only?  I get that email notifications are a more cost-effective solution, but how exactly was I supposed to know that I needed to sign up for this?  Making a unilateral change without a reasonable effort to advise those affected is inherently designed to set people up to fail! (See Are you guilty of setting your employees up to fail?)

Sure, the penalty is legitimate (I was driving with expired plates after all) and I’ll pay it.  But this whole mess also got me thinking about how leaders set people up to fail.  And I don’t just mean in government (which unfortunately has many examples), but I mean in our workplaces.  How many times have we, as leaders, changed the rules halfway through the game, neglected to fully inform our staff, and then been surprised when our employees are unable to deliver the promised results?  Or changed our internal procedures for greater efficiency, forgotten to let our vendors and customers know, and then been astonished and dumbfounded because they were frustrated?  C’mon be honest – have you ever assigned a project to an employee, realized later that the emphasis in the assignment needed to shift, but not told your employee until s/he has already invested a significant amount of effort?  Or changed your return policies, altered the fine print in your contracts, only to then hear never-ending complaints from your front-line customer service reps who are facing the fall-out?  Are you, inadvertently perhaps, setting your employees, vendors, customers and other stakeholders up to fail?

As an aside, the young lady at the counter who renewed my vehicle registration told me that she is seeing several people each day who are only discovering their oversight AFTER they’ve received a $310 fine (just like me)!  So the cynic in me got to thinking … perhaps this isn’t government stupidity.  Maybe it is actually astute intelligence on the part of a provincial bureaucrat somewhere in a corner office in the province’s capital.  Think about it … not only will this process change save an estimated $3 million per year, but there will also be an unexpected windfall of tens of thousands of people each paying $310 fines!

Well, I’ve posed two questions here, would love to hear your thoughts on one or both?  First, do we as leaders frequently (and perhaps inadvertently) set our people up to fail?  And second, am I being cynical when I think that perhaps this was a well-thought out cash grab by provincial and civic governments?  Nah, maybe I’ll let the second one go, it smacks too much of a conspiracy theory 🙂 !