How to keep your best people? Buffer them from bureaucracy 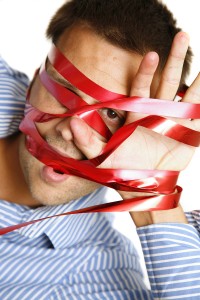 Last week I started a short series on how to keep your best people from jumping ship to the competition. My first suggestion: give sincere praise, often. Today’s post is another practical (and very effective) idea – buffer them from bureaucracy.

Reduce perceived bureaucracy. As much as you can, cut out the red tape. Research has shown that one of the top two reasons good people leave is because of perceived bureaucracy. So anything that you can do to reduce or remove red tape will be a positive move. Now some of you come from organizations that are so large that you might think there is no way you can reduce the red tape. But don’t underestimate what you can do! Sure, you might not be able to get rid of the bureaucracy, but you CAN buffer your employees from it. In other words take the flack yourself. So, perhaps getting iPads for your team requires that you fill out a gazillion forms and make the case in front of three levels of management! But don’t make your employees fill out the gazillion forms and make the case in front of three levels of management! You do it! Because when you play intermediary, you BUFFER your employees from the bureaucracy. You take on activities on so that your employees don’t have to deal with them. That’s what good leaders do, and that’s how you keep your employees engaged, that’s how you buffer them from bureaucracy; that’s how you stop your best people from walking out the door.

Later this week I’ll have a third idea. But for now, what’s your reaction to this one? Particularly for those of you who come from larger organizations, what does it take to insulate your people from the administrative burden that often exists in companies of size? Do share.