How a leader should handle workplace gossip 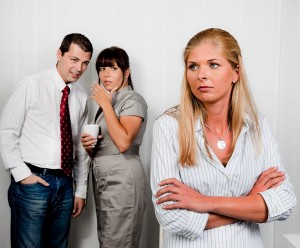 Set a zero-tolerance policy around workplace gossip and you’ll quickly gain a reputation for leading a positive and productive workplace. Here is the rule to live by – “Don’t say anything negative about a person unless s/he is actually in the room.” That’s it! Faithfully and consistently stick to the rule yourself, and insist that your employees do the same. And when you hear someone start up with “Did you hear what he said?”, stop them, immediately, and repeat the rule.

When staff disparage or laugh at people who aren’t there; when they say “Did you hear what she did?” and it’s not a compliment; when they snicker about someone else’s faux pas – all they really mean is that they have nothing better to do than talk about other people. Gossip wastes time that could be spent on more productive and positive conversations, and perhaps more importantly, it creates a culture where people lack respect for one another. So set the standard clearly, echo the rule repeatedly, and create the environment deliberately. The word will spread pretty quickly, and not in a bad way!

What do you think? Would love to hear your perspectives; please leave a Comment below.

For another perspective on dealing with workplace gossip if it’s about you, read this past blog post — Dealing with gossip in the workplace – Dogs don’t bark at parked cars.