It’s my one-year anniversary as a columnist for The Globe & Mail!! 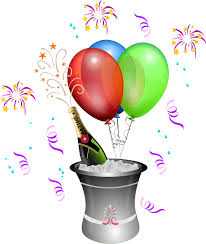 Last Thursday quietly marked an important anniversary in my world – exactly one year ago on that day, my inaugural Leadership Lab column launched in The Globe & Mail‘s Report on Business section. How to be the boss when your co-workers are your friends hit cyberspace that morning, and even though I had no idea at the time, January 23, 2014 kicked off what has turned out to be a hugely rewarding and productive relationship with Canada’s most respected and widely-circulated national newspaper, printed in six major cities from coast to coast across the country. Since that first Leadership Lab column aired last January, I’ve written seven more, including one earlier this month. And when The Report on Business ran a retrospective on the Top Ten Leadership Lab columns in 2014, two of my columns made #1 and #2 on the list!!!

Yeah, I know, I may be more excited about this than most anyone else 🙂 , but if you’re interested, here are links to all of them directly on The Globe‘s site:

And if you find them useful, please do let me know! 🙂 It always makes my day to know that I’ve been helpful in your continuing journey as a leader. Adding a Comment below is easy!