How to reduce the effect of destructive criticism

Back in February, my professional colleague Patricia Morgan wrote a guest post on workplace resiliency, specifically on how resilient people have an attitude of gratitude, even during tough times.   Her post was received so well that I asked her to join us again, and today she writes about another aspect of resiliency – responding positively to destructive criticism. 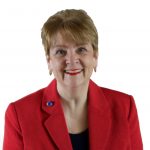 Reduce the Destructive Effect of Criticism

“I have some constructive criticism for you.”

Stop! Before criticizing it would be best to consider the results of doing so.

People with high resilience manage unwelcome criticism. They censor the criticism they both give and receive.

There are those who are totally against using any form of criticism and then there are the critical hardliners who say “A real friend will tell you the naked truth.” Then there are people who have a critical mind and perspective. Their gift is a logical critique that forewarns of problems. They could save us potential angst and trouble.  But where is the balance?

Here are reasons not to criticize:

And then, here are reasons to criticize:

Here is more help.  Dr. Sidney Simon’s classic little book, “Negative Criticism, Its Swath of Destruction and What to Do About It” provides a filter or series of five questions to ask before we criticize another person.

And, I would add that if you decide to criticize someone, consider calling it ‘feedback’ and ask permission first.  “Are you interested in some feedback for next time?”  Then, respect the answer.

Fine, you say, “But what about those times when I get dinged with old fashioned criticism and I did not ask for it?”  Here then are some ideas for responding to unwelcome criticism:

In the end use the kind of criticism and feedback you want to receive.

Well, what unwelcome criticism have you received?  Please tell us how you handled it.