How the “road fairy” took ownership of the problem

Every so often I run across a nugget of news that makes me shake my head, partly in amazement and partly in frustration. Take the case of Veronika Bobrus, a 26-year old Russian florist who, exasperated by number of potholes in her home town of Omsk (and seeming lack of action by city crews), decided to take matter into her own hands. Mind you, not by complaining to the city, or going to the media, or god-forbid, staging a sit-in, but by taking action. By going out in the middle of the night with concrete and gravel to fill the potholes herself! In the middle of winter! In Siberia! She became an overnight local celebrity in Omsk (dubbed the “road fairy”) when last month, a local motorist caught her on his dashboard camera and subsequently posted the video online. 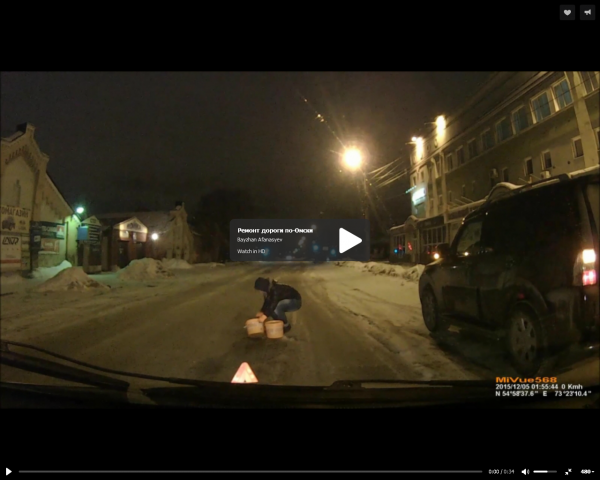 So far, so good, you might be saying. Why would this cause you to shake your head Merge? Oh, I’m with you! I think her actions were brilliant – she saw that something needed to be done, realized that no one else was dealing with it, so she stepped in to make it happen. Not once, not twice, but at least five times. As she said to the BBC, “I got fed up with the state of our roads, I keep hitting potholes, so I thought I’d just go and fill them.” In leadership-speak, she took ownership and accountability for something that wasn’t in her specific job description; she accepted shared responsibility to fix the problem. As a leader, I love her! I want more Veronikas on my team! It was what happened after that caused me to shake my head.

City officials actually reproached her for taking action. Yup, Omsk’s mayor actually went on record warning citizens that unauthorized pothole repairs could make road safety worse. “If this kind of job is done using unknown materials and unknown skills, it can actually be a disservice. The best thing to do is report any defects in the road surface to us, and we’ll do our best to repair them as soon as possible.” Right, instead of admitting that they’d dropped the ball at their end, instead of thanking her for taking initiative to solve the problem, they censured her for making “unauthorized repairs.” Alrighty then!

So curious to know what you think? Are you with me, or with the mayor? Interested to hear your take on this, even if you don’t agree with me.