Sentiment (emotional intelligence) HAS a place in business! 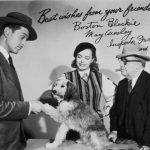 A long-time subscriber (thanks Ric!) sent me this quote stated boldly by a villain in an old Boston Blackie movie:

Sentiment has no place in business

And he posed the question – true or false? Well (not surprisingly 🙂 ), I have an opinion. I say “false”, absolutely false. And that’s because “sentiment”, to me, means emotional intelligence (link to a self-assessment).

True, historically, emotions have rarely been welcome in the workplace. In fact, in some organizations we were told: emotions are messy, they get in the way, and they should be left at home. In fact, to be honest, you might hear that in some organizations even today. All this because, traditionally, business believed that good decisions were based on rational thinking and logic. But the reality is that emotions are a fundamental part of who we are. They influence our thoughts and actions, and if suppressed, they show up in negative ways, sabotaging our intended results, causing conflict, and deflating morale. So as far as I am concerned, when it comes to good leadership, one of the key issues we simply cannot afford to forget is the importance of emotional intelligence.

Unless you work in a vacuum, you have to count on others to get things done. And that means dealing with a myriad of different personalities in the workplace. It doesn’t matter if the boss is demanding or the customer difficult; and it makes no difference if your employee is exasperating or your co-worker irritating; at the end of the day, you are going to have to work with all these people. If you have high emotional intelligence, it means that you not only understand your own emotions, but those of others, and perhaps more importantly, you can act appropriately using these emotions rather than trying to avoid them.

So yes, sentiment has a place in business, a big place. In fact, studies show that emotional intelligence is a better predictor of your professional success than either your IQ or your technical skills.

So, what do you think? Sentiment has no place in business. True or false? Share your perspective.

P.S. In case you’re wondering, Boston Blackie is a fictional character created by author Jack Boyle in the early 20th century. Blackie, a jewel thief and safecracker in Boyle’s stories, became a detective in adaptations for films, radio and television—an “enemy to those who make him an enemy, friend to those who have no friend.” [Source: Wikipedia].