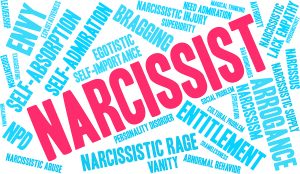 Last year, I was a featured expert in a story about narcissists in the workplace, and how one can function effectively with (or despite) them, no matter whether they are your co-workers or your boss.  And certainly, if you follow American politics, there is a lot of conversation about whether a certain head of state is a prime example of a narcissist.  So it isn’t surprising that this topic continues to be front and centre in the news.  One question that often comes up in my leadership development practice is about how to separate leaders from narcissists, particularly during hiring, as the outcome of hiring one over the other can be enormous.  Ironically of course, on the surface, narcissists look suspiciously like leaders; it isn’t until later that the truth comes out.

Last week, CNN Business News put out an article titled How narcissistic CEOs put companies at risk, explaining how narcissist leaders create long-lasting negative consequences for their companies.  From a leadership perspective, a couple of points in particular caught my attention.  First, because narcissists come across as very confident, they tend to interview well, and therefore they often successfully sway those who hire them.  But of course eventually, their darker side – their propensity to discount unwanted negative feedback and their overconfidence in their own judgement – comes to light.  By then, it’s often too late.  Second, narcissists are likely to exhibit dysfunctional interpersonal relationships, such as claiming more credit for positive outcomes while failing to give credit to others, and that is exceptionally demoralizing to staff.  The difficulty is, as one researcher puts it, “We have trouble distinguishing between leadership and narcissism”.

How not to hire narcissists

So what can one do to make sure you don’t hire narcissists in the first place?  I think the answer lies in looking for ways to get a true read on the person from alternate sources.  The article suggests that you talk to direct reports of an individual to find out more about whether they are in fact good leaders, or just narcissists in disguise.  I agree, but I also suggest that you go wider – solicit feedback from co-workers, speak to clients, reach out to all those at the same level or junior to the person to get a genuine insight into who they really are.  That takes significantly more effort than just putting together an interview team.  But if you don’t, you risk hiring someone who will actually be more hindrance than help.

What are your ideas?  Are there other things we can be doing to suss out, to determine who are the leaders and who are the narcissists?  Would love to hear your perspectives, please comment below.