The piss-off factor: yet another short-sighted stupid action by a well-meaning manager

The Piss-Off Factor (or POF) 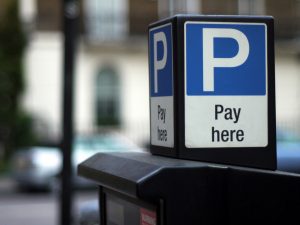 is something that short-sighted managers do to destroy employee morale, and they come up repeatedly on the blog, usually because they happen more often than they should!  Well, I was just made aware the other day of yet another piss-off event; this time about parking!

Seriously?!  This is what is known as a piss-off factor

This company’s offices, even though in a large city, are not in the downtown core.  This particular employee was required to go downtown for a work-related task, so he drove his vehicle there, parked, and later claimed the cost of parking on his expense statement.  Sounds reasonable, right?  Apparently not.  His expense claim was denied.  Reason: the company policy states that employees can claim lodging, meals and incidental costs, including parking for a vehicle, ONLY when they travel out of town.  Because he was parking his vehicle in the same city, the expense claim was denied!  If you think this doesn’t make sense, there’s more.  The employee protested, pointing out that visiting downtown was not part of his regular responsibilities and so his cost of parking there should be a legitimate expense that he could claim for reimbursement.  The response was that he should drive to the office, take advantage of free parking there (which is reported as a taxable benefit on his income tax return and therefore not really free), and then take a taxi to and from the downtown core.  The cost of the taxi would fall within the policy and therefore could be expensed!  Yikes!  Talk about overcomplicating things!

Step back and look at the big picture

This is a shining example of a short-sighted manager blindly following policy without exercising good judgement.  First, the cost of parking downtown is far less than the cost of a two-way taxi fare, so from a pure business perspective, the decision should be easy.  Second, taking a taxi is inconvenient and adds more travel time for the employee; driving downtown directly in his own vehicle is simpler and more efficient.  Third, we’re talking about an expense that is in all likelihood much less than $50, but it’s creating angst for both the manager and the employee.  Is this really worth turning into an issue?  The manager in this case would have been far better off to focus on the big picture – which is that the employee is getting work done, and that maintaining morale is more important than following policy to the letter, at least in this situation.

So, curious to hear your thoughts?  Do you think that the manager is simply following the rules?  Or do you think the piss-factor has raised its ugly head, yet once again?  You know my opinion, but I’m interested in hearing yours.  Please add your comment below.

To read about (just) a few of the other examples of piss-off factors that I have described on the blog before, go to these posts: