Trying to motivate employees? Watch out for the cobra effect. 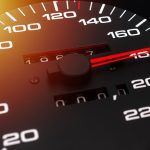 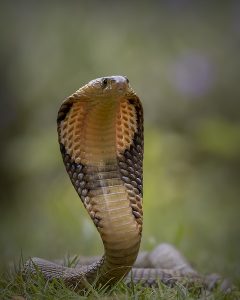 Back in 2015, I wrote a post about how situations that were intended to motivate people to take specific action inadvertently incented them to act in the absolute opposite way.  The question of course was what that meant to you, as a leader trying to motivate employees.  Today’s blog post is also about how to motivate employees, but this time it is about the metrics you use, and how you can unintentionally create the cobra effect.  Consider this scenario.

Your speedometer reading on your vehicle’s dashboard isn’t necessarily indicative of how fast you are getting to where you want to go.  You also need to be going in the right direction.  Seems obvious, right?  But if people believe (or have been told) that increased speed is the single factor that will get them to their intended destination quicker, a serious problem can result.

Sounds unlikely?  What about when more hours worked is believed to lead to better results?  Or money raised is taken to mean more votes?  Or tenure is thought to translate to competence?  Or Facebook likes is equated to real likes?  Yeah, not as uncommon as you might have thought.

The problem of course is that focusing on the number on the speedometer doesn’t necessarily mean better consequences, in fact, the ultimate outcome may not even be relevant.  This, by the way, creates the cobra effect – when an incentive unintentionally rewards people for making poor decisions that can make the issue worse.

The term cobra effect was coined in 2001 by economist Horst Siebert based on an unverified anecdote that occurred in India during the British rule.  The British government, concerned about the number of venomous cobras in Delhi, offered a bounty for every dead cobra.  Initially, this was a successful strategy; large numbers of snakes were killed for the reward.  Eventually, however, enterprising people began to breed cobras for the income.  When the government became aware of this, the reward program was scrapped.  But when the cobra breeders set their now-worthless snakes free, the wild cobra population further increased.  Focusing on the wrong number made the ultimate outcome even worse.

So what speedometer readings are your people focusing on that could be resulting in the cobra effect?  One that immediately comes to mind for me happened almost twenty years ago.  The gasoline company I worked for held a sales contest that measured the number of litres sold over a one-day period.  Was it any surprise that the territory managers proceeded to slash their prices just to increase volumes?  The final outcome – more litres sold in one day that in the previous two weeks combined, but at a net loss to the company!

I’d love to hear about your examples, observed first-hand, or heard through the grapevine.  Please share by commenting below.