Use Cunningham’s Law to get people involved and talking

When seeking to solve an issue or a problem, or charged with evaluating or implementing a new initiative, you’ve probably approached your employees and co-workers to elicit ideas and engage in discussion.  But often, it is difficult to get people involved in the dialogue.  Usually, it’s not because people don’t have anything useful to offer; more likely it’s because they have other priorities and the assumption is that “someone else will respond”.  But the ultimate outcome still is that you don’t get the participation levels that you’d like. 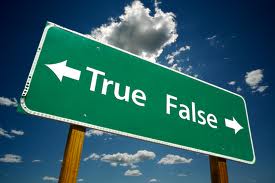 So consider a contrary approach.  It comes from an unusual source – Cunningham’s Law.  Rather than asking an open-ended question, seed your question with misinformation or an opposing viewpoint.

So instead of: How many staff members should we bring on shift for the Grand Opening?

Ask: What do you think about having two people on shift at the Grand Opening?

Because two people on shift for a Grand Opening is clearly not enough, your team members will be quick to speak up and contribute their input to the discussion.

Or, instead of: How can we create a process to automatically notify us when our inventory levels drop below a certain level?

Intentionally, make a statement that you know is false: Our computer system can be set up so that it automatically triggers a notification when inventory falls below a critical level.  Let’s just use that functionality.

Immediately, you’ll get responses from the people who know this to be untrue, who luckily, are also are the very people who are most likely to give you the best insights on how to achieve your objective.

Use Cunningham’s Law to your advantage

See how this works?  This approach is based in Cunningham’s Law.  Named after Ward Cunningham, the developer of the first wiki, this law states that:

The best way to get the right answer on the Internet is not to ask a question, it’s to post the wrong answer.

But it isn’t just Cunningham’s Law that understands this phenomenon.  The French have a similar saying: prêcher le faux pour savoir le vrai.  Which means “preach the wrong to know the true”.  Even the FBI lists this “Deliberate false statements” approach as an elicitation technique in their training for FBI agents!

If you’re not getting the participation and involvement you’d like, then use Cunningham’s Law to your advantage.  Include some misinformation or an opposing viewpoint in your “ask”, and then sit back and watch the dialogue develop.

Well, I’d love to know what you think.  Have you seen Cunningham’s Law in action?  Can you use misinformation as a deliberate technique to get your employees engaged and participative in important discussions?  Have you used this approach before?  I’d love to hear about your experiences.  Comment below.

I often blog about a variety of problem-solving tools on the blog.  Here are three recent posts on this subject: