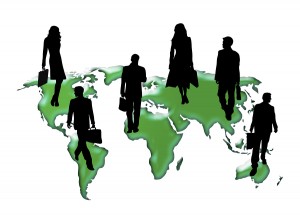 A client with offices around the world recently asked me for assistance in resolving several communication issues that have arisen between their staff in different country locations. During my numerous conversations with leadership and field staff in this company, it occurred to me repeatedly that cross-cultural differences don’t just exist in companies that have global operations; they also apply to organizations that operate within just one country. The reason: our workforce today is global and culturally diverse; you don’t need to reach across a border to deal with people of different ethnicities and cultural backgrounds!

In fact, I’ve written in the past about the importance of cultural context when communicating – remember when this cola advertisement that failed to deliver, and this toilet freshener product design that went horribly wrong? In this week’s blog posts, I thought I’d explore two examples of what happens when people aren’t aware of or sensitive to cultural differences, and how this could lead to misunderstanding and failed opportunities. And then, depending on interest, I’ll raise this topic again in a few weeks.

So consider this situation: Yuki, a recent Japanese immigrant to the United States, works as an engineer for my client’s New York City office. She has noticed that everyone refers to the elderly concierge in the building as “Pops”, even though the gentleman’s name tag says “C. Dubicki”. This was puzzling to her (and something she considered quite disrespectful) until a colleague explained that workplaces in the United States (and Canada) are much more informal than they are in other parts of the world (such as Japan).

This difference in formality of workplaces is just one factor that could cause difficulty in communicating and building relationships across cultures (and within organizations). I’ll give you another example of cross-cultural differences in my blog post later this week, but for now, I’d love to know your thoughts on this one. Have you observed situations where the level of (in)formality in your workplace has created difficulty in communicating across cultures? Please share.