What leadership messages are you (inadvertently) sending? Or when does duct tape become good enough? 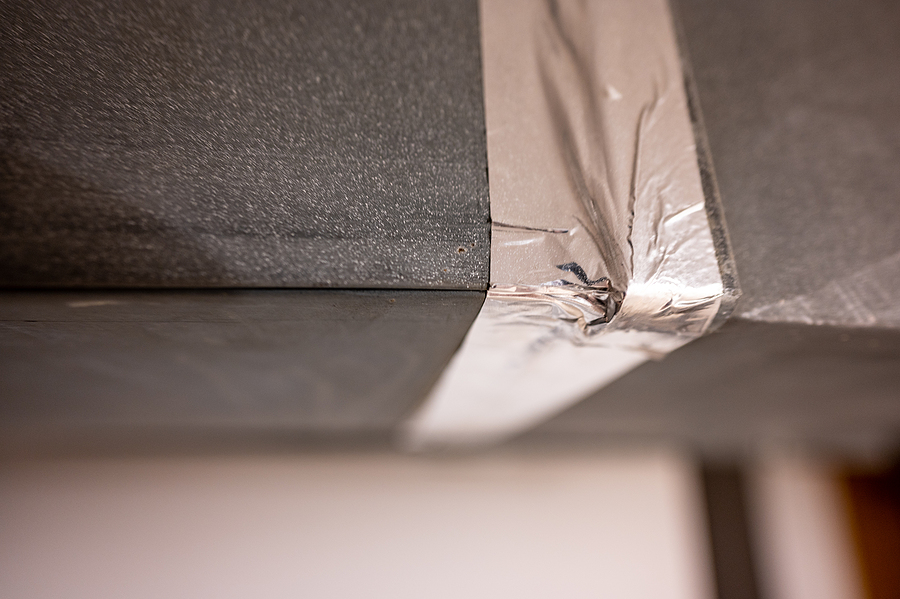 This happened a couple of weeks ago, and it made me think about whether we expect enough from our people, and what leadership messages we may be deliberately or inadvertently sending to them.

I’m waiting for my flight, seated in the boarding gate area at the airport.  While there, I notice that two sides of the gate agent’s counter are held together with pieces of gray duct tape.  Within moments, I realize that duct tape has been used to repair the hinge of the cabinet door, as well as the vinyl laminate on the top corner.  Curious, I walk around to the other side to take another look, and sure enough, one of the cabinet door handles is taped up as well.  It is clear that these four repairs were not all made at the same time; I can tell because the tape in each of the four areas has different degrees of fading, discoloration, and wear.  In fact, to my (untrained) eye, the oldest repair looks like it might have been there for months, even years.

What leadership messages are you sending?

Which got me thinking.  Why did the first person decide to fix the counter with duct tape?  Perhaps it was meant to be a temporary fix, but clearly at some point this first person made a default or intentional decision to let it continue.  They either neglected to fix it themselves, or to take the steps to have someone else fix it properly.  Someone, somewhere, decided that the duct tape was adequate and passable, possibly just “for now”.  Perhaps the next three fixes were done by the same person, or they could have been done by someone else.  But the next three people also made the identical decision – that duct tape was acceptable.  Probably because they observed that duct tape was good enough.  And so the downward spiral to mediocre began because the leadership messages signaled acceptance.

While I’ll never know for sure, I’m inclined to believe that future repairs to this gate agent’s counter will also involve duct tape, because clearly it is considered satisfactory.  And the general decline will continue.

What decisions are you making?

What decisions are you making that are (inadvertently) telling your people that mediocre is acceptable?  What leadership messages are you conveying?  Is it okay to submit unverified financial data to management?  Do you turn a blind eye when you see your staff standing around and discussing last night’s game when a customer is waiting to be served or a deadline is looming?  Is it acceptable to write and send a letter without proofreading it for errors and spelling mistakes?  If you say yes, then be aware that you are sending leadership messages that mediocre is acceptable.  And at some point, mediocre will slide into poor.

I’d love to hear about your experiences.  Do you have examples of leadership messages that convey that it is acceptable for excellent to decline to mediocre, and from mediocre to deteriorate to poor?  I’d love to hear more.  Please share by commenting below.