Who are you ignoring? (or why it’s so important to acknowledge others)

I originally wrote this blog post back in May 2013, shortly after I returned from a visit to India.  I came up recently in conversation because I was talking to a client about how important it is to deliberately make the time to acknowledge the work done and effort made by staff members.  When you acknowledge people, you validate them.  What you’re really telling each one of them is that I noticed what you did and I appreciate you for doing it.  Not surprisingly, it’s also a HUGE motivator.  Here is the story from over eight years ago, but still as relevant today as it was then. 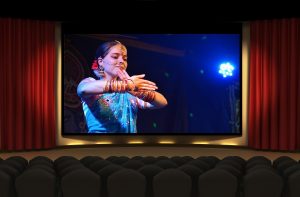 Last month I experienced a Bollywood movie in an Indian movie theatre. For those unversed in such amusements, Bollywood movies are legendary for their melodramatic storylines and catchy song-and-dance numbers, and wildly popular amongst the locals.  The movie itself was an exhilarating feast for the senses, but the event I really remember occurred even before I entered the theatre.

Because of terrorist threats in recent years, you are required to endure airport-like security before you can enter a movie house in India.  You place your handbag on the x-ray belt, walk through a metal detector, and then you’re patted down by a security guard before you can get to the popcorn and candy counter.  As I walked up to the security guard for my pat-down, I wished her good evening and asked her how she was.  Seemingly surprised, she responded eagerly.

A moment later, as she passed the wand over my shirt, she said, “You know, I say good afternoon or good evening to over 500 people daily as they come through these gates, and I can count on one hand the number of times someone responds to me.  You wished me before I even had a chance to say something to you first! That rarely happens!”  Seeing the incredulous look on my face, she continued “It’s because most people don’t consider me to be important, I’m just part of the furniture, I’m invisible to so many that it’s okay to ignore me.”

Who are you forgetting to acknowledge?

Do you have people in your workplace who do routine or basic jobs?  The guard at the front desk, the janitor, the maintenance guy who keeps the air-conditioning or heat just right, the receptionist down the hall – are they invisible to you?  Do you wish them good morning when you come in to work?  Do you know their names?  One of the most effective ways to build up people is to acknowledge them, and it is what separates exceptional leaders from everyone else.

So who are you ignoring?  Or acknowledging?  Please share your experiences by adding to the Comments link below.