A couple of years ago, I wrote a short series on decision-making here on the blog, and I was reminded of that recently when I read the following quote about worrying: 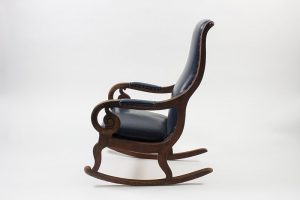 “Worry is like a rocking chair: it gives you something to do but never gets you anywhere”

These words were penned by Erma Bombeck, an American humorist, whose syndicated columns were read twice-weekly in the 1970s by 30 million readers of 900 newspapers in the U.S. and Canada.  Even though Erma’s columns were written primarily from the perspective of a midwestern suburban housewife, this particular adage carries sage advice for leaders.

Leadership is a non-stop journey of dealing with issues, some everyday problems, others full-blown crises. This constant barrage of concerns, complications and quarrels can leave many a leader anxious, uneasy and constantly worried … about what went wrong, what is wrong, and what could go wrong.  And even worse is when these very same leaders fool themselves into thinking that worrying is actually doing “something” about the issues at hand.  It isn’t.

Stop worrying, do this instead

So instead of worrying, consider this two alternative (and more constructive) strategies.

What are your strategies to combat worrying?  I’d love to hear about what you’re doing to make sure that worrying doesn’t hinder your ability to solve problems and make good decisions.  Please share your thoughts below.