You are a role model – so walk the talk! 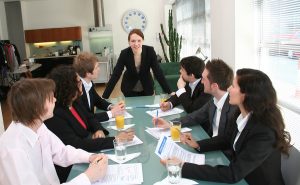 About three years ago, I blogged about a very disturbing situation involving a Texas (so-called) veterinarian Kristen Lindsey and her now infamous cat kill.  As difficult as it was to write it, I knew it was important to do so, because I wanted to underscore a very important leadership message.  Which is: you are a role model. Whether you know it, whether you want it, people are watching you, and you have a standard of behaviour to uphold. It’s critically important as a leader to walk the talk.  If you want your employees to act and behave in a certain way, then you need to model that behaviour.  Well this fundamental leadership tenet came up in several discussions with client groups just in the past couple of weeks, so I felt it was worth addressing again today.

You are a role model (whether or not you want to be!)

It’s important as a leader to recognize that you are a role model, and therefore you need to be thoughtful about how you behave and act.  Here are some examples of scenarios described to me recently, where people just didn’t get how important this is:

In some of these cases listed above, it is entirely possible that the manager could have had a good reason for not walking the talk.  But my point is that it really doesn’t matter!  The reality is that when you are in a position of leadership, you ARE a role model, so you have to be willing to demonstrate the behaviour and actions that you desire from your staff.  Because you carry the title of manager, or supervisor, or team leader (or whatever other leadership title you happen to have), it is critical that you never forget that your behaviours and actions set the standard for how others will behave and act.  If you don’t, you simply cannot expect your people to do what you are not willing to do yourself.

I would love to hear your perspective on this.  Either your individual experiences or what you’ve observed in your workplace?  Is it really that critical for leaders to walk the talk?  Please share by commenting below.