What are others saying about your company or department? 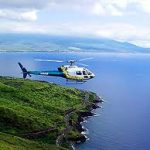 As a leader, it’s important to find out what your customers and internal clients are saying about your company or department. Recently, I was very impressed with one CEO’s commitment to this essential leadership responsibility.

Last November, while on a short vacation in Hawaii, my husband and I took a helicopter tour of the island. Due to several problems the experience was very disappointing, and in many respects, the excursion was a total flop. When we asked for a refund, the staff declined. We objected, but to no avail. Rather than continue to argue, we chose instead to walk away and chalk it up to a bad experience; this despite the fact that the outing was not inexpensive. Before I closed the door on this incident though, I posted a detailed review (as I often do) of the trip on an online bulletin board. My hope was to help others avoid the same issues that we faced. Case closed. Imagine my surprise when I received an email in February from the CEO of the company asking me for further information about my situation. In fact, I was so taken aback that I initially thought it was spam, and deleted it. It was only a few days later that I reconsidered and wrote back. Over the next few weeks we dialogued via phone and email as the CEO sincerely tried to understand what went wrong. The ultimate outcome – he refunded our payment in full and asked for us to consider his company again when we visited the islands. Something that we most definitely plan to do on our next trip there!

By taking the trouble to find out what his customers were saying about his company, and then acting on what he found, this CEO created immense goodwill and set himself apart from his competition. All your stakeholders have valuable feedback to share with you about how your organization (or your department) is doing, and what you could be doing better. Are you finding a way to tap into this valuable mother lode of information?