Periods of vulnerability can present both threats and opportunities 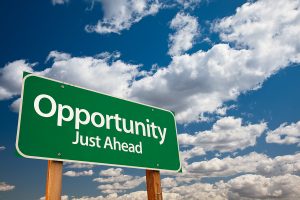 Recently I had a conversation with a scientist friend who told me how biologists use information about animal life cycles to accomplish diametrically opposite objectives – in some cases to purge populations, and in others to conserve them.  The secret: determining in which stage of its life cycle is the animal most vulnerable.  And it’s at these points of vulnerability that either the worst or the best is the easiest to accomplish.  It is when the animals are at greatest risk that it takes the least effort to destroy them, or conversely, to protect them.  He gave me two examples to illustrate his point.

The Bertha armyworm is a significant insect pest of canola in Manitoba, Saskatchewan, Alberta and the interior of British Columbia.  Like many insects, it goes through a four stage life cycle – egg, larva, pupa and finally, the adult moth stage.  However, their vulnerability is greatest at the larval stage.  As eggs, they are not susceptible to pesticides; as pupae, they are buried in the ground and therefore well protected; as adults, they are widely dispersed and therefore difficult to control.  Because scientists know that the insect’s defences are the weakest when at the larval stage, substantial and successful control efforts are targeted at this point in the life cycle.

The grizzly bear’s annual cycle involves hibernation during the winter and feeding during the spring, summer and fall.  In spring and summer, abundant food sources keep the grizzlies at higher elevations.  But with the fall often comes food scarcity, so bears tend to make their way down to lower elevations to forage, where unfortunately there is also a greater risk of human encounters (which can result in the grizzlies being destroyed).  So the fall season is when the bears have the greatest vulnerability – they are anxious to fatten up for a long winter hibernation ahead but they are at the greatest risk of mortality.  Scientists know that it is at this vulnerable point that the bears also have the greatest chance of long-term success.  Every year that a bear survives a winter increases the likelihood that it will mature into a full-grown mating adult.  So biologists focus their grizzly conservation efforts in the fall – educating the public, monitoring bear movements, evacuating areas as necessary – all with the goal of protecting the grizzlies during this most precarious period.

So in the animal kingdom, periods of vulnerability can present both threats and opportunities.  Is it the same in the world of business?  I think so.  For example, let’s consider retail.  The two months leading up to December are usually the busiest selling season of the year and so they represent significant financial opportunity.  But the threats are also paramount – staffing challenges, out-of-stock situations, increased overtime costs, errors related to high transaction volumes, high stress levels – to name just a few.  It’s at this point of vulnerability that either the worst or the best is the easiest to accomplish.  It’s what you choose to focus on and amplify that will determine the ultimate outcome.

So are you embracing your vulnerabilities in your organization as a way to capitalize on opportunities?  Or are you succumbing to the threats and perishing as a result?  I would love to hear about your approach to these kinds of situations.  Please share your thoughts by commenting below.

P.S. I’d like to gratefully acknowledge the assistance of my friend and professional colleague, Scott Meers, insect management specialist at Alberta Agriculture who is the scientist friend I refer to in this blog post.  Scott gave me invaluable insights into animal life cycles and I am very appreciative of his expert help.  I only hope I got the metaphor right (and if I didn’t, the errors are certainly all mine)!  If you want to reach out to Scott directly, his Twitter handle is @ABbugcounter (how cool is that?!)