Analyst versus leader – it’s important to know the difference 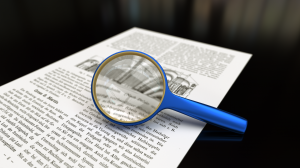 Back in December 2012, I penned this post titled You can’t read the label from inside the bottle, which highlighted the danger of getting bogged downed in the details instead of seeking a big picture view  Recently, I observed an interaction between a supervisor and one of his employees that brought this issue to mind once again.  In this case, the supervisor was struggling between his identity as an analyst versus leader.

This particular supervisor had come up through the ranks in this process-oriented team, and was an expert on the detailed ins-and-outs of the department’s responsibilities.  When there were issues in his area, he easily and (very) quickly could get down to the nuts-and-bolts of the problem, a huge asset to the ongoing operations of the department.  But this very strength also meant that he found it almost impossible to pull himself out of the details and focus on the strategy, the big picture.  Because of his tendency to be an analyst, he found it very difficult to be a leader.  And ultimately, this was to the detriment of his department.

Even though he didn’t want to, he had several staff members who could take on the analyst role.  But he was the only person on the team who could be the leader – who could assess the overall impact, communicate to stakeholders, authorize (or negotiate for) additional resources, and develop contingency plans – and with the best of intentions, he was failing in this role.  This supervisor got caught in the trap that many managers and supervisors do – doing what came easily to him.  Truth be told, focusing on the nitty-gritty was effortless, it was his area of comfort.  Ironically though, his success as a leader lay in his ability to step outside his comfort zone and push himself into tasks that don’t come quite as naturally.

So, what about you?  Do you find yourself struggling with the roles of analyst versus leader?  How do you force yourself to make the shift?  Please share.