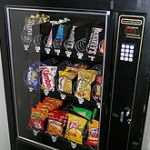 Think about a vending machine that dispenses candy and snacks.  You insert your money, input the displayed product code, and the machine dispenses your treat.  If you selected a chocolate bar, then you’d expect that chocolate bar, and if you selected a bag of potato chips, then you’d expect that bag of potato chips.  And normally, because the vending machine has been programmed to deliver a product according to the code you input, that’s exactly what happens.  But what if a vending machine manufacturer accessed the inner workings of that vending machine overnight and reprogrammed it so that the code and product selections were all mixed up?  Now keying in a specific code for a chocolate bar results in a roll of breath mints, and inputting the code for a bag of potato chips results in a package of cookies!  What would happen in such a scenario? If you’re like most people, your first reaction would to question whether you made an error typing in the required code.  You might even be fearless enough to try it again!  When you realize that the machine is not operating as expected, you may well get angry.  But sooner or later, you’d come to the inevitable conclusion that pushing these buttons just will not get you the result you want, and therefore you’d walk away and either not use the invalid code again, or perhaps even never use that vending machine again.

Now imagine for a moment that you are this vending machine.  Over time, the people around you have come to understand your programming; they know that when they push certain buttons, they get specific outcomes, and some of them have probably used this information to their advantage.  Some of them may have even used it to drive you crazy!  What if you were to reprogram your vending machine?  What would happen if you drastically changed your response to a common situation?  Well, first, you would likely surprise the other people involved, so much so, that they might even be willing to try it again.  At some point, it may annoy the other person because he is not getting the reaction he expected.  But eventually, just like you would stop using the invalid code on a vending machine, these people would stop pushing your buttons; because they now know that it does not result in the outcome that they expect.  A notion worth considering!