Social awareness is a necessary component of emotional intelligence 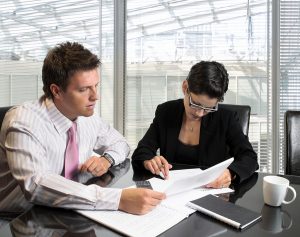 I have long championed that emotional intelligence is a fundamental and necessary skill for leaders, and I repeatedly see evidence of that (or lack thereof) in my leadership development practice.  A conversation with my husband last weekend reminded me specifically of one significant component of emotional intelligence.  Namely, social awareness – the ability to sense others’ feelings and perspectives and to accurately read emotional cues.

Last Friday, my husband and a co-worker were, as he puts it, chest-deep in preparation for a senior management meeting scheduled for early Monday morning when a manager from another area walked into the room.

“Whatcha doing?” he asked with a smile.

“Trying to get all the materials together for the Vice Presidents’ meeting for Monday morning,” said my husband.

“And it’s an absolute mess.  We’re going to have to push until literally the last minute just to make sure that all the required data is there, and to also put it in some semblance of order,” added his colleague.  “I have a feeling that we’ll have to work late tonight, or else we’ll have to come in over the weekend to finish it.”

“Oh that’s too bad,” came the reply.  “I’m glad our department doesn’t face these kinds of deadlines.  I’ll be leaving at 4:30 this afternoon, and I won’t think about work now until I get back here on Monday morning.  In fact, my plans for the weekend include nothing but rest and relaxation”.

“You know what was the worst part?” said my husband.  “He then went on for another 20 minutes describing exactly what his plans were for the weekend, where he was going to go, and who he was going to do it with.  Once or twice we even looked away and started working again, and he still wouldn’t get the hint and leave.  We gave him numerous visible and verbal cues that now was not a good time for idle chitchat, but he was so caught up in describing his weekend plans that he was completely oblivious.”

It’s all about timing!

While I had to chuckle at my husband’s obvious indignation at this manager’s behaviour, it got me thinking about social awareness and emotional intelligence.  No doubt this manager was just trying to be pleasant and friendly, which normally would be a positive thing in the workplace.  But he wasn’t being emotionally intelligent.  Because if he had been, his social awareness would have kicked in.  This manager should have accurately read and sensed the situation.  He had been given many verbal and visual cues that should have told him that now was not the right time to engage in social chatter.  But he paid no attention.  His lack of social awareness put him at an emotional disadvantage.  And negatively affected his effectiveness as a leader.

So … have you observed this lack of social awareness in the workplace?  Or … are you willing to admit that you might have been the guilty party?  I would love to hear from you, please share by adding your comment below.